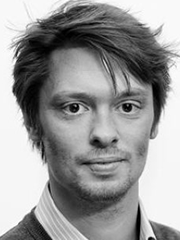 Alex is Senior Claims Executive, Solicitor in Skuld Copenhagen. He has been with Skuld since 2016. He holds an LLM in Maritime Law from University College London (2007) and was admitted as an English qualified Solicitor in 2011. Before joining Skuld he held a position in the UK P&I Club in London from 2014-2016. Before that he held a position in Ince & Co from 2009-2014 spending three years in their London office and two years in their Hamburg office.
BACK TO: Christian Baekmark Schiolborg NEXT: Alistair Loweth