BIMCO has published a new edition of BARECON, the industry’s go-to standard contract for bareboat chartering.
The new leaner version of the contract, introduces a formula for calculating a fair share of costs for any compulsory structural changes or new equipment that may be implemented during the charter period.

BIMCO started revising the contract in April 2016, responding to, and to reflect changes in commercial practice and legal developments since BARECON was last updated in 2001.

Following the “Ocean Victory” judgment earlier this year, BIMCO has also clarified the wording of the insurance clauses in relation to an insurer’s right to claim against third parties. BARECON 2017 keeps pace with modern bareboat chartering practice and will be useful for all those involved in specialised long term bareboat chartering agreements.

Other new features of BARECON 2017 include, an option for charterers to extend the charter period; tighter notice requirements on delivery and redelivery; and it gives charterers the right to place staff on board for familiarisation, prior to delivery. The new edition can easily be tailored to suit the needs of individual users.

Contact online
BACK TO: Add your voice to the syndicated term sheet NEXT: BIMCO and FONASBA launch new general agency agreement 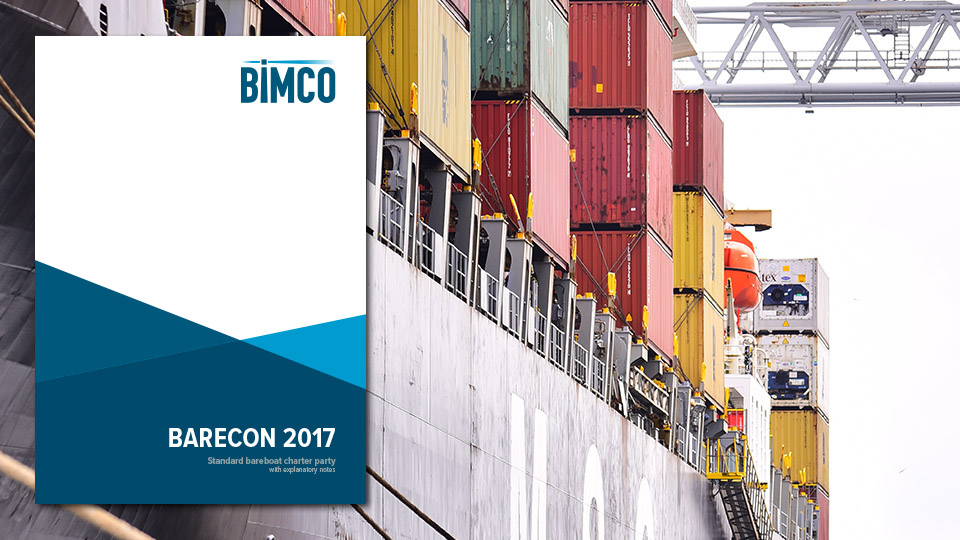