BIMCO is currently updating several of its most widely used charter parties including SUPPLYTIME and BARECON. New developments include the Standard Term Sheet and two marine services agreements - one for use in dismantling of offshore oil and gas structures, and the other for spill response equipment and personnel.

Novation Agreements
BIMCO has just published a set of standard novation agreements. They provide a legal framework to change one of the original parties to a contract. Two of the agreements are for a change of charterer/owner. The third covers a change of buyer under a shipbuilding contract.

Sample copies of all three novation agreements along with explanatory notes can be found online here.

SUPPLYTIME
The widely used SUPPLYTIME 2005 time charter for offshore service vessels is being updated. A team of industry experts representing owners and charterers has been working on a new edition for the past 12 months. The main focus has been on modernisation and adding greater clarity to the contract, rather than a radical overhaul of its terms and conditions. To reflect changes in commercial practice and legal developments over the past 10 years, the updated edition will feature a number of new clauses that are commonly added as riders.

The drafting team, headed by Ian Perrott, former CEO of Hamburg based ER Offshore, has just completed a first full review of the contract. Later this year, draft copies of the updated SUPPLYTIME will be circulated to a selected industry “sounding board” for feedback and input. The target completion date for the project is May 2017.

BARECON
When it comes to bareboat chartering a ship, the natural choice of contract is BIMCO’s BARECON – which is very much the industry standard agreement for this activity. BARECON was last updated in 2001.

Work on a new edition began earlier this year. The focus so far has been on delivery and redelivery aspects – particularly the condition of the ship and survey and inspection rights.

The drafting team, headed by Captain Ajay Hazari, Director at Anglo Eastern Ship Management in Hong Kong, will also look in detail at the insurance provisions of BARECON.

A first draft of the updated bareboat charter will be shown to BIMCO’s Documentary Committee in November.

WORLDFOOD
The World Food Programme is a UN humanitarian organization with a mandate to fight hunger globally. It buys food and charters ships to send aid to where it is needed. Transport by sea is the main method used for food aid cargoes. The WORLDFOOD charter party, originally developed together with BIMCO in 1986, is used exclusively by the World Food Programme.

The charter party was last updated in 1999. The World Food Programme recently asked BIMCO to help update and modernise the agreement. The Agency requires shipowners to accept a high degree of flexibility to change ports at short notice because of the often volatile areas in which they operate. In this respect the WORLDFOOD charter differs from other standard voyage charters.

The main focus of the update will be to add new editions of some of the older standard clauses found in the charter party – such as War Risks and Law and Arbitration. New clauses will cover issues such as piracy and compliance with the MLC Convention.

The drafting team, headed by Jean-Pierre Laffaye of Louis Dreyfus Armateurs will continue working with World Food Programme representatives to update the charter party. The next meeting will be held in Paris in October.

Standard Term Sheet
BIMCO’s draft Standard Term Sheet has just been positively reviewed by an industry “sounding board” composed of representatives from shipowners, banks, lawyers and other people interested in the term sheet project.

The drafting team will look at all the comments from the “sounding board” at their next meeting at the end of September. The outcome of these consultations, together with a revised draft, will be presented to the Documentary Committee at its next meeting in November.

If you would like to find out more about any of these BIMCO projects or about any other aspect of BIMCO’s contract and clauses work, please contact us. 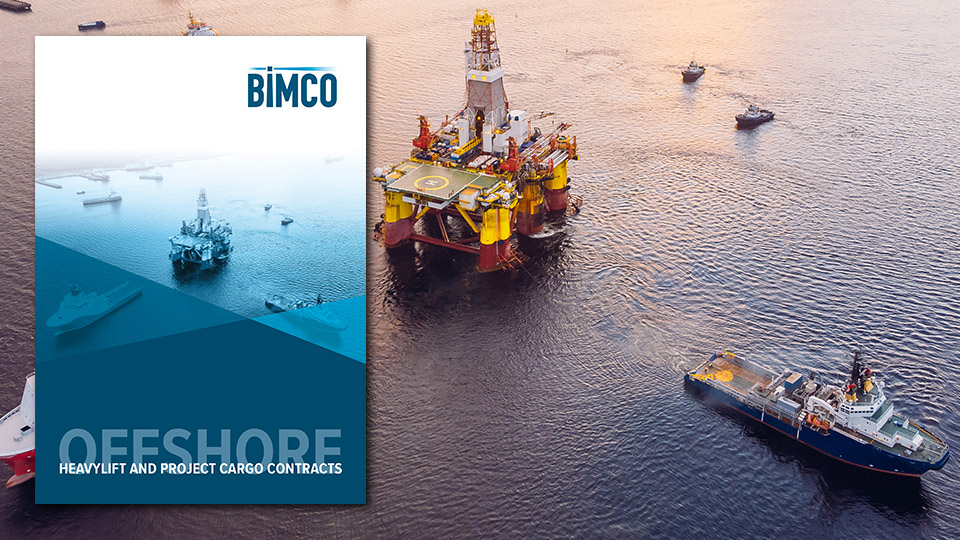