BIMCHEMVOY 2008 is a standard voyage charter party for the transportation of chemicals in tanker ships. It is accompanied by its own bill of lading, BIMCHEMVOYBILL 2016. The latest edition of this contract is BIMCHEMVOY 2008.

Copyright in BIMCHEMVOY 2008 is held by BIMCO.

The chemical tanker trade is among the most specialised and sophisticated trades in the shipping industry. It is a heavily regulated trade requiring high-cost, purpose-made and well-maintained vessels. It is BIMCO’s firm belief that such a sophisticated tanker parcel trade requires modern and comprehensive charter agreements tailored to the commercial and regulatory needs of the business. BIMCHEMVOY 2008 is such a document – written by chemical tanker trade experts for the industry in which they work.

BIMCO first produced a standard voyage charter party for vessels carrying chemicals in bulk in 1978. This pioneering document paved the way several years later for a sister document for the time chartering of chemical tankers, known as BIMCHEMTIME, which was most recently updated in 2005.

The original BIMCHEMVOY was updated in 1992 to reflect structural changes in the chemical industry and also current legislation and regulations applicable to the tanker trade. The revised charter party was issued with the code-name CHEMTANKVOY and was accompanied by a newly developed sea waybill.

In 2006, BIMCO’s Documentary Committee decided that the ever-growing body of rules and regulations affecting the chemical tanker parcel industry and consequent changes in trade practice warranted a significant revision of CHEMTANKVOY. In the years since CHEMTANKVOY was first published the industry had moved away from using this purpose made form in favour of using heavily amended ASBATANKVOY forms. The primary reason for this change was that CHEMTANKVOY no longer reflected the way the industry worked and it was easier for users to amend and adapt a simple but widely used tanker charter like ASBATANKVOY than to amend the outdated CHEMTANKVOY.

General dissatisfaction with the practice of using an amended ASBATANKVOY for a trade for which it was never intended resulted in ASBA developing a modified version of the form in 2008. ASBACHEMVOY retains the clauses common to the tanker trade but introduces a number of provisions frequently added as rider clauses in the chemical and vegoil trades. The key concern was that users in the chemical trade were using ASBATANKVOY with clauses that applied only to the oil trades. This introduced a lack of contractual clarity which the drafters of ASBACHEMVOY have tried to reduce.

BIMCO has been very fortunate in the drafting of BIMCHEMVOY 2008 to be able to draw on the experience and expertise of Soren Wolmar of Quincannon Associates in New York, who assisted ASBA in the development of ASBACHEMVOY.

BIMCO’s objective has been to produce a modern and comprehensive voyage charter for the chemical parcel trade that is clearly worded and balanced and which significantly reduces the need for supplementary clauses and the consequent risk of conflict and imbalance that such a practice brings. Mr Wolmar’s valuable experience with the ASBA form has ensured that BIMCHEMVOY 2008 contains key provisions that will be familiar to existing ASBATANKVOY and ASBACHEMVOY users, while providing a raft of essential commercial, technical and regulatory features on a solid, easy to read and logically structured contractual platform.

The development of BIMCHEMVOY 2008 has been complex because of the substantial body of rules and regulations governing the transportation of chemicals and the fact that the nature of the parcel trade with different cargoes and grades being carried for different charterers on the same voyage makes the application of conventional provisions on notice of readiness, laytime and demurrage slightly more difficult to apply.

To avoid difficulties with the “reachable upon arrival” provision frequently found in other voyage charter parties, the new form contains an extensive “exceptions to laytime” provision. Further drafting has been done to the laytime provisions in respect of inspection of the holds to encourage the charterers to conduct inspections at the earliest opportunity after the arrival of the vessel. Provision is also made for the charterers to have the right to cancel the vessel if the tanks, pipes and pumps are not clean to the inspector’s satisfaction by the cancelling date. A newly developed “foot sampling” clause is a feature of the new charter party. Although “foot sampling” remains a contentious issue because of the difficulties in establishing liability in the event of damage to the sample, the BIMCO drafting team feels that the wording in BIMCHEMVOY 2008 offers a viable solution that will be welcomed by users of the form.

BIMCHEMVOY 2008 was approved by the Documentary Committee in November 2008.

The team responsible for BIMCHEMVOY 2008 consisted of representatives from well-known companies involved in the chemical industry, such as Jo Tankers and Clipper-Wonsild from the owners’ side, and Quincannon Associates, Inc on the brokers’ side with legal and P&I representation from Tindall Riley.

BIMCO would like to express its grateful thanks to the following Sub-Committee members for their extensive and valuable work on this project:

Common to BIMCO charter parties, the revised BIMCHEMVOY uses the trademark Box Layout Part I which usefully summarises the key variable information added by the parties. Part II of the form contains the main terms and conditions of the agreement. 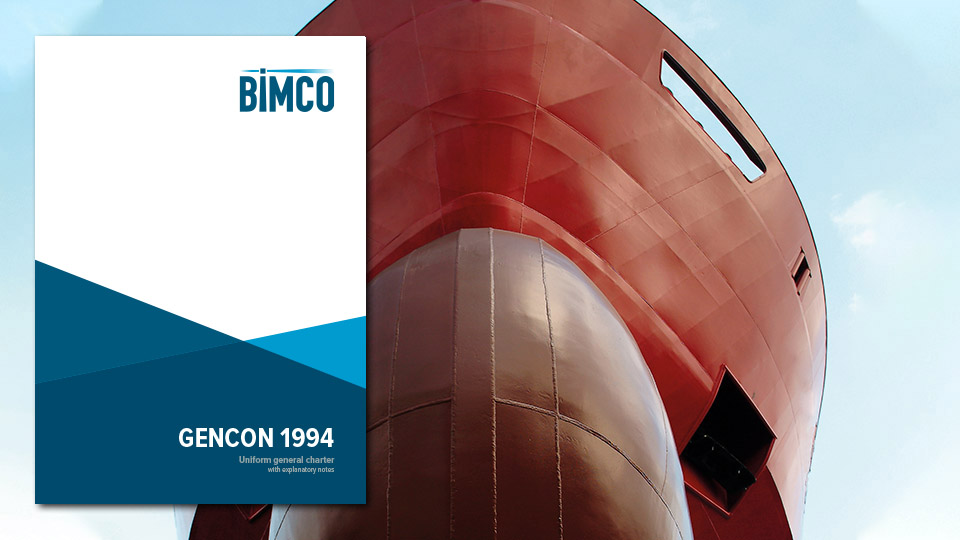 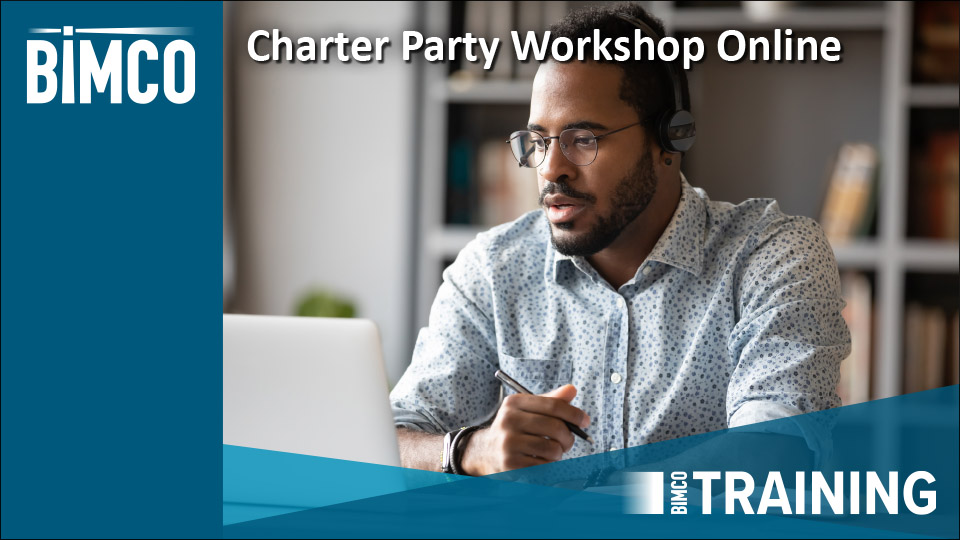 The Charter Party Workshop (Masterclass) Online is a series of 10 online sessions and combines a range of lecturers on voyage and time chartering with sessions ...
More info