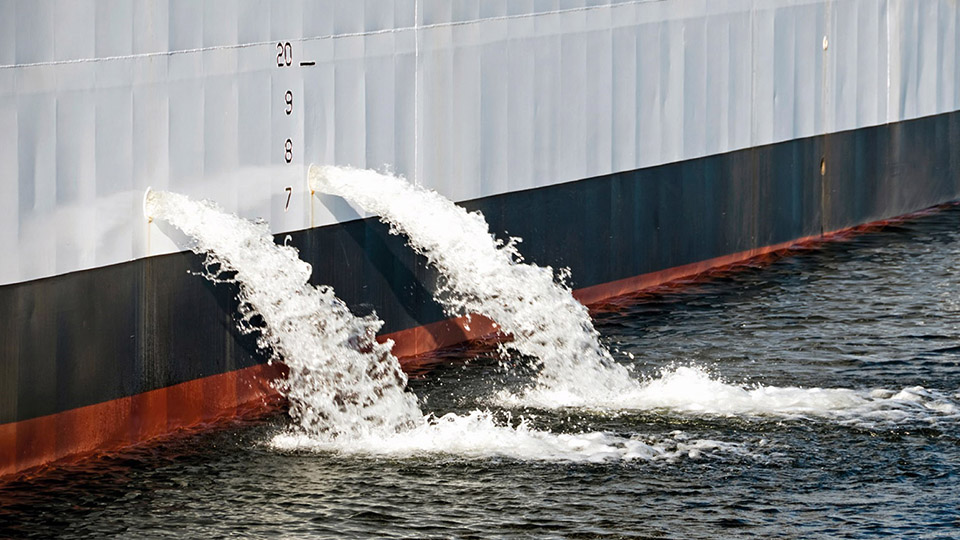 Shipowners are being invited to submit data and information directly to the World Maritime University on the Ballast Water Convention to build a complete and realistic picture of how it is really working.

The International Maritime Organization (IMO) has called on all stakeholders including shipowners, and recognized organizations to provide input to the Experience Building Phase (EBP) designed to see just how the International Convention for the Control and Management of Ships' Ballast Water and Sediments, 2004 (BWM Convention) is working.

The BWM Convention is a treaty adopted by the IMO to help prevent the spread of potentially harmful aquatic organisms and pathogens through ships' ballast water. Principally, since 8 September 2017, all ships have had to manage their ballast water so that aquatic organisms and pathogens are removed or rendered harmless before the ballast water is released into a new location. This will help prevent the spread of invasive species as well as potentially harmful pathogens.

Following entry in to force of the BWM Convention, the IMO’s Marine Environment Protection Committee (MEPC) immediately launched an Experience-Building-Phase (EBP) to monitor the implementation. This data-gathering and analysis process is designed to identify aspects of the Convention’s implementation that are working as required, and to further enhance the aspects that are not working. To build a complete and realistic picture, the process requires the input of all stakeholders to identify where challenges may have occurred that were not initially envisaged. The analysis covers a wide range of issues from operation of systems and the role of the crew through to testing and sampling.

The IMO has commissioned the World Maritime University (WMU) to supervise the data gathering and analysis as required by the exercise, and they are inviting BIMCO members to submit data and information that will be treated in the strictest confidence. This provides BIMCO members a unique opportunity to express any concerns with the way the Convention is being implemented.

At present, shipowners are invited to submit their reports to the flag State who duly submit the report. However, this new initiative will see the WMU, on behalf of the IMO Secretariat, collecting complementary data for the EBP. As such, BIMCO members are now able to submit more detailed “complementary data” directly to WMU if preferred, rather than using the stakeholder interface via the flag State.

BIMCO members willing to share information with the WMU rather than via the flag State as part are invited to firstly contact the WMU for further details by emailing EBP21@wmu.se. The deadline for all input is 22 October 2021.