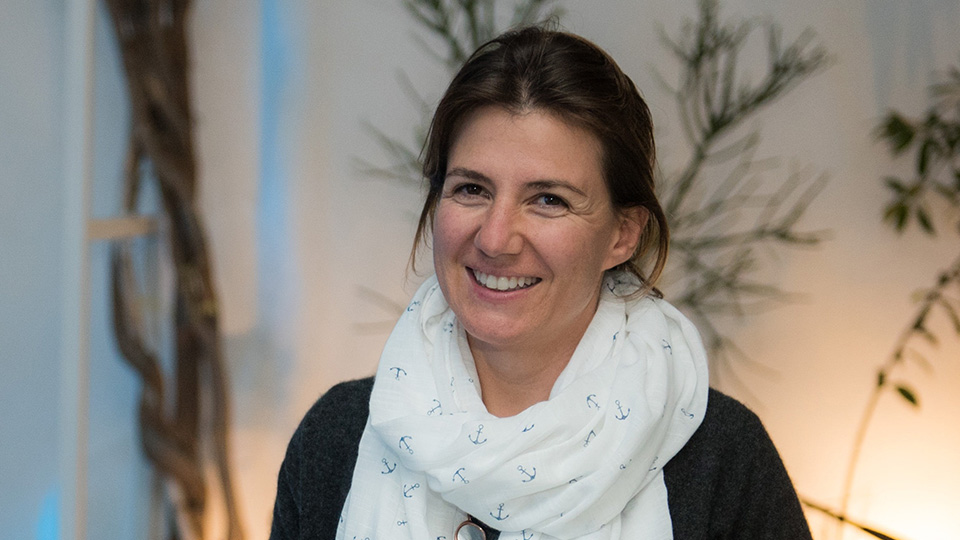 Small practical steps and a holistic attitude are vital to shipping’s journey towards a fairer and greener future, says Prominence Maritime’s Ioanna Procopiou.

The CEO of Sea Traders and founder of Prominence Maritime, Ioanna Procopiou is no stranger to challenge. Her grit and determination have not only seen Prominence Maritime flourish as an extremely competitive dry bulk operator with six vessels but has brought an influx of new energy into Sea Traders since she took over as CEO of the 40-vessel strong bulker operator in 2013.

Nurturing a new venture while starting a family may feel intimidating to some, but Procopiou thrives on the challenge. “Being the daughter of the owner, people can think you feel entitled,” she says, referring to the fact that her father owns Sea Traders as well as Dynacom and Dynagas. “So, you have to outperform expectations. I am not one to sit still – I enjoy setting up something new and taking it to the next level.”

Procopiou is acutely aware that for most employees it is important to create a rewarding environment – particularly to encourage participation. “We spend so much time in the office, I want people to enjoy it,” she says, “You need to see from the eyes of the employee; it’s very important that there is a good environment that is not tedious. For example, we are investing in software to reduce manual data entry. You want people to spend their time and energy on work that is high level.”

The Greek-national believes in harnessing the strategic potential of her staff, whom she believes must be empowered to thrive – irrespective of gender. “Being a woman doesn’t disadvantage you. If someone is capable and willing to do hard work, their gender doesn’t matter. In our companies, we give women decision-making power, and they never disappoint.”

As the heir to a shipping dynasty, as well as a self-made maritime leader, Procopiou relishes the enduring role that maritime trade plays in the global economy. Given that geopolitics and climate action are reshaping the world’s energy markets, she argues that it is important that the public understands the role that shipping plays in safeguarding national stability.

An example she puts forward is that of the massive diversion of current trade flows brought about by the Russian invasion of Ukraine, which puts shipping at the forefront of global affairs as the western world looks for alternatives to Russian oil and Ukrainian grain.

Procopiou anticipates grain shortages in the next few years as countries struggle to match the output of fertile Ukraine, while oil and gas also remains a big question. Two thirds of Europe’s energy needs are met by Russia and – as the European Commission mulls weaning itself from Russian oil – it is not clear how the region will make good the shortfall.

“A lot of coal was being shipped out of Russia but is now coming from Indonesia. Ukraine was feeding Europe and North Africa in terms of grains. Now that appetite is being fed by the US Gulf, South America and from beyond Europe. The dust will settle but not immediately,” she predicts.

In the meantime, the Sea Traders CEO believes that maritime has a big task for itself with regard to decarbonisation. A recent addition to the BIMCO board of directors, Procopiou relishes the challenge of defining industry positions and supporting BIMCO’s work to help the industry in achieving the massive task of decarbonising.

“I joined the board towards the end of 2021 and was thrown in the deep end as part of the BIMCO position drafting group on greenhouse gas emissions,” she recalls. “There was a lot of back and forwards between different interests to come out with something well balanced. The secretariat and members played good roles and we really explored the nuance. It was an impressive first experience.”

Part of what impressed her was the opportunity to see her hard work in action. “I went to an event where a charterer cited the BIMCO position paper as being the reason that they changed their stance on paying for fuel. I was so happy to know that the hours that the BIMCO team put in were so meaningful,” she says.

While happy to help define industry positions, Procopiou does not envy those charged with regulating maritime emissions. She notes the slow progress of the IMO due to the pressures it faces in forging consensus among widely different interests of 175 Member States. That said, she believes that global regulation is the right way to go.

The Athens-resident believes that environmental regulation must be holistic conceptually as well as geographically. “There is a lot of greenwashing. What we need is an approach that looks at the whole lifecycle,” she explains. “For example, to produce the hydrogen for green ammonia for shipping will mean the world needs nine times the total solar power produced globally in 2019. So how can you say there is green hydrogen available when we have those kind of capacity issues? We have to fight the climate crisis and we need to find the balance.”

As the Ukraine crisis has put Europe’s supply vulnerabilities in the spotlight, Procopiou believes that decarbonisation will put the emissions impact of transport into focus. “It’s important for the end customer to know that their decision-making impacts climate change,” she says. “Someone buying imported mangoes in London in December must know they had to come from far away. It is important to live your values and we need to educate people.”

The ship operator worries that current climate regulation is neither holistic nor realistic. She cites the increase in coal burning that is now happening as a result of high gas prices as a retrograde step. “The most important aspect is to ensure that overall pollution goes down. We need a practical way of making this happen.”