The sanctions landscape has grown increasingly complex since BIMCO published its Sanctions Clause for Time Charter Parties in 2010. International sanctions regimes are constantly changing with new restrictions being added and new persons and entities being listed. A violation of sanctions restrictions can have severe consequences and in the worst cases can lead to parties being listed as sanctioned parties. Therefore, carefully worded sanctions clauses in charter parties and other contracts are vital for internationally trading companies to help them manage and mitigate their sanctions risk and to enable them to continue to do business while remaining compliant with the various sanctions regimes.

(a) For the purposes of this Clause:

(b) Owners warrant that at the date of this Charter Party and throughout its duration they, the registered owners, bareboat charterers, intermediate disponent owners, managers, the Vessel and any substitute are not a Sanctioned Party.

(c) Charterers warrant that at the date of this Charter Party and throughout its duration they and any subcharterers, shippers, receivers and cargo interests are not a Sanctioned Party.

(d) If at any time either party is in breach of subclause (b) or (c) above then the party not in breach may terminate and/or claim damages resulting from the breach.

(e) Charterers shall not give any orders for the employment of the Vessel which involves a Sanctioned Party or a Sanctioned Activity.

(f) If the Vessel is already performing an employment which involves a Sanctioned Party or is a Sanctioned Activity, without prejudice to any other rights that may be available in subclause (d) above, Owners shall have the right to refuse to proceed with the employment and Charterers shall be obliged to issue alternative voyage orders within forty-eight (48) hours of receipt of Owners’ notification of their refusal to proceed. If Charterers do not issue such alternative voyage orders Owners may discharge any cargo already loaded at any safe port or place (including the port or place of loading). The Vessel shall remain on hire throughout and Charterers shall be responsible for all additional costs and expenses.

(g) If in compliance with subclause (f) above anything is done or not done, such shall not be deemed a deviation, but shall be considered due fulfilment of this Charter Party.

(h) Charterers shall indemnify Owners against any and all claims brought by the owners of the cargo and/or the holders of bills of lading, waybills or other documents evidencing contracts of carriage and/or subcharterers against Owners by reason of Owners’ compliance with such alternative voyage orders or discharge of the cargo in accordance with subclause (f) above.

(i) Charterers shall procure that this Clause shall be incorporated into all sub-charters and bills of lading, waybills or other documents evidencing contracts of carriage issued pursuant to this Charter Party.

* This clause is not suitable for use in the container trades.

The BIMCO Sanctions Clause for Time Charter Parties 2020 is intended to address two scenarios. The first scenario is where the owners or charterers (or the third parties they are responsible for under the clause) are listed by a sanctioning authority or government and become subject to sanctions restrictions. In this scenario the innocent party has the right to terminate the charter party and claim damages. The second scenario is where the trade or activity itself is or become subject to sanctions restrictions in which case the owners have the right to refuse to perform.

Sanctions legislation is often imprecisely drafted which can make it difficult for the parties to assess whether a trade or activity is prohibited or not. The new clause seeks to address these uncertainties by applying an objective test to whether a person, trade or activity is sanctioned and thereby avoid any dispute as to whether performance under the charter party is in breach of sanctions.

The clause is intended as a template for general application. As with any standard clause it may need to be amended to address specific sanctions risks identified by the parties as part of their sanctions risk assessment.

The BIMCO Sanctions Clause for Time Charter Parties 2020 has been developed by a team comprised of owners, charterers, P&I clubs and legal experts. BIMCO is grateful to the following individuals for assisting us with this important project:

The following explanatory notes are intended to provide some background to the thinking behind the BIMCO Sanctions Clause for Time Charter Parties 2020. If you have any questions about the clause that we have not answered in the explanatory notes, please contact us at contracts@bimco.org and we will be happy to help.

Subclause (a) sets out the definitions of terms used throughout the clause.

“Sanctioned Activity”: the definition is widely cast and is intended to cover all activities contemplated by the performance of the charter party which may become the subject of sanctions restrictions imposed by a Sanctioning Authority.

“Sanctioning Authority”: the purpose of this definition is to identify the authorities that can impose sanctions restrictions (such as imposing prohibitions on particular trades and activities or listing persons or entities who are subject to sanctions restrictions such as freezing of assets) and who either have jurisdiction over the parties or the proposed activity or who might be able to impose penalties or other restrictions on the parties. The definition lists the principal authorities and governments that have imposed sanctions. It also includes a catch-all provision covering sanctions imposed by “any other applicable competent authority or government”, which is intended to capture any other authority that would be relevant to the charter party at issue. Parties are free to amend this definition to include the names of any other authorities or governments who might impose sanctions specific to their fixture.

The purpose of listing specific authorities and governments is to provide certainty that the clause will be effective in situations where sanctions with extra-territorial effect are imposed by a sanctioning authority that places one of the parties either in breach of such sanctions or at risk of being listed as a sanctioned party if they continue to perform their obligations under the charter party.

There may be situations where countries impose sanctions which directly conflict with those of other countries and consequently both parties have the right to operate this clause. BIMCO recommends seeking legal advice before exercising any rights under this clause in such a situation.

BIMCO recommends that parties should seek legal advice on whether they are obliged to comply with specific or extra-territorial sanctions before operating the clause to avoid the risk of wrongfully withdrawing from contractual obligations.

“Sanctioned Party” would also capture other persons designated by Sanctioning Authorities on lists of sanctioned persons that are not subject to comprehensive or asset-freezing sanctions. These “limited” list-based sanctions operate to restrict only some, but not all, transactions with the Sanctioned Party and are best exemplified by the US and EU “sectoral” sanctions programs.  Under this clause, the non-listed party may exercise its rights under this clause where the other party is subject to sectoral sanctions even though the transaction itself is not prohibited. If the parties wish the definition to be limited to persons on the SDN List, the EU consolidated list, or other local equivalent, the wording will need to be suitably amended.

Subclause (b) owners’ warranty - Under this subclause the owners give a continuing warranty throughout the life of the charter party for themselves and for the listed third parties that they are not a Sanctioned Party. This protects the charterers during the contract as owners are best placed to know whether there have been any changes in their ownership structure which might result in sanctions.

Subclause (c) charterers’ warranty - Under this subclause the charterers give a continuing warranty during the charter party for themselves and the listed third parties. As with the owners, the charterers are in the best position to obtain information about the parties and carry out due diligence to ensure that no sanctioned persons or entities are involved. The charterers are the ones with access to the information necessary to determine whether their counterparties, such as subcharterers, shippers, receivers, and cargo interests are Sanctioned Parties and are therefore in the best position to make a representation throughout the life of the charter party.

Subclause (d) consequences of breach of warranty - This subclause gives the innocent party the right to terminate the charter party and/or claim damages if the other party is in breach of its warranty under subclauses (b) and (c).

Subclause (f) sanctioned person or activity involved in actual voyage - This sub-clause addresses a situation where the vessel is already performing a voyage when a party or activity becomes sanctioned. The owners are entitled to refuse to continue the voyage and the charterers must issue alternative voyage orders, failing which the owners are entitled to discharge or tranship any cargo already loaded. The vessel remains on hire and the charterers are responsible for any additional costs. The owners’ rights to terminate and/or claim damages under subclause (d) remain unaffected.

There is no corresponding provision regarding the charterers’ position. If the owners are designated they will be in breach of their warranty in subclause (b) and the charterers will be entitled to terminate the charter party. If cargo has already been loaded it is recommended that the charterers liaise with relevant authorities in respect of whether to continue with a voyage or discharge the cargo.

Subclauses (g), (h) and (i) are compliance, indemnification and incorporation provisions that are commonly found in other clauses published by BIMCO. 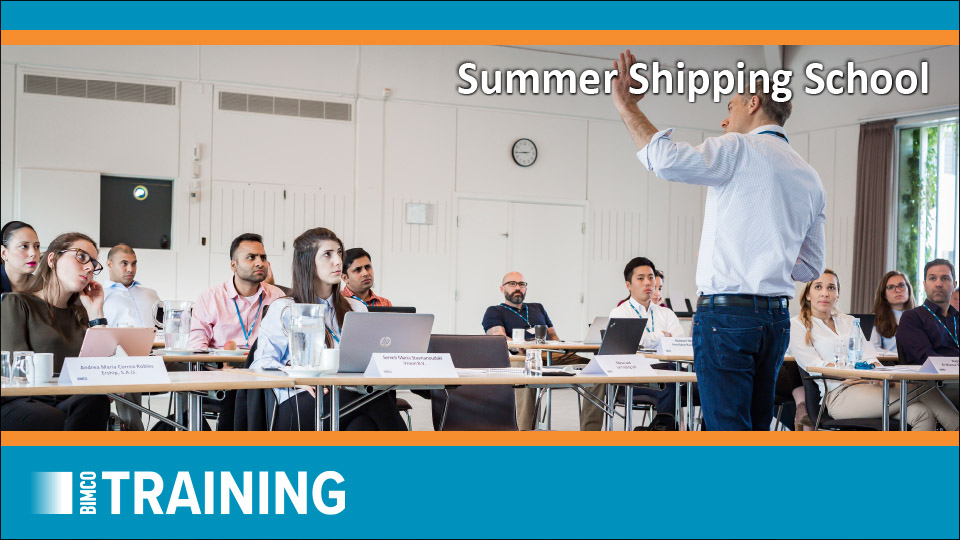