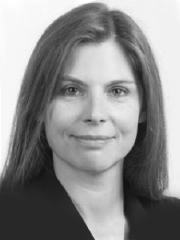 Dr. Nina von Borries is Assistant Vice President, Lawyer in Skuld Hamburg. She has been with Skuld since 2016. She holds a Law degree (BA Hons) from London University, University College London (1997). She was admitted as an English qualified solicitor in 2000 and as a German qualified solicitor in 2003. She holds a PhD in shipping law from the University of Hamburg (2009). Before joining Skuld she held a position at Bentleys Stokes & Lowless from 2006-2016 and at Richards Butler from 1998-2003, both in London.
BACK TO: Morten Bjerregaard NEXT: Olivia Watkins