The world seems to be awash with oil these days, to an extent that no geo-political tensions in the oil-rich producing nations can make us “scared enough” to hike oil prices. We seem to have become accustomed to a world where such tension is the norm. This is very good news for the world economy, as it brings down the cost of energy – despite a number of ongoing major conflicts and the challenges related to Ebola in West Africa.

The world seems to be awash with oil these days, to an extent that no geo-political tensions in the oil-rich producing nations can make us “scared enough” to hike oil prices. We seem to have become accustomed to a world where such tension is the norm. This is very good news for the world economy, as it brings down the cost of energy – despite a number of ongoing major conflicts and the challenges related to Ebola in West Africa. Moreover, it could spur demand for oil, which will be good for oil tankers. An example of this unusual situation is the continuing surge in southern Iraq’s exports, despite the fighting in the North of the country.

One more reason for oil prices to be at a four-year-low is the fact that net energy imports as share of consumption in the US are at their lowest level in 29 years. Demand is currently going up in the US, but domestic production is rising at a faster rate. Record-setting liquid fuels production growth in the US dwarfs the oil supply disruptions elsewhere, increases supply, and lowers prices.

It is also very positive to note that the West African producers are being successful in selling the oil they used to ship to the US to new customers in the Far East. Reports hint at record high export levels to China from Angola primarily, but also from Nigeria and neighbouring oil exporting countries. A lower price has stimulated demand.

For crude oil tankers, the exchange of short US-bound hauls with longer Asia-bound hauls provides a much-needed boost of ton-miles, as more tankers are employed to transport the same amount of cargo when the sailing distance is longer.

Concerning the product tanker market, freight rates have performed pretty badly for the Handysizes and MRs during Q2 and Q3. A lot of that has to do with more European imports coming from Russia, but it is also due to US oil product exports coming down sharply in April and being slow to recover. US oil product imports, too, have retreated since April. This slowdown has broken the steadily rising trend somewhat, but it remains true that the combined transport work of imports and exports that have lifted demand in recent years are heading for a slower rise and possibly a plateau in coming years. 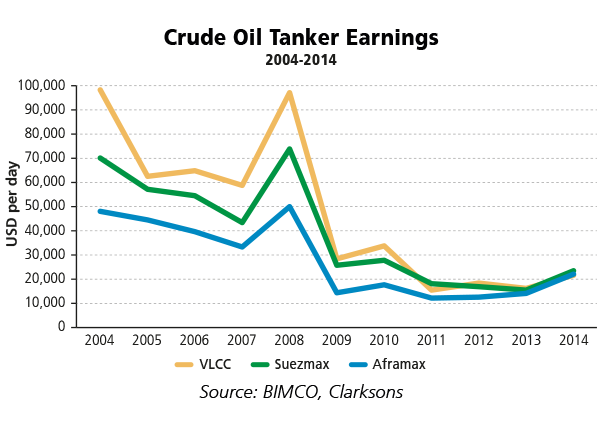 The order-book for tankers has risen in the past two months and it is all about crude oil tankers. Four VLCCs and six Suezmaxes made the headlines, as the order book for product tankers dropped from 26.2 million DWT to 24.4 million DWT. The new orders have lifted the level of crude oil tanker capacity for delivery in 2016 by 16% – bringing the expected fleet growth up to an uncomfortable four-year-high – the expected growth will represent 3.0% of the active fleet at that time.

Before we reach 2016, the year before that gives reasons for optimism, as we have seen glimmers of hope in improving crude oil tanker freight rates in 2014. Following three devastating years from 2011-2013, with average crude oil tanker freight rates of USD 15,500 per day, 2014 has delivered USD 22,400 per day so far. What we still need to see is a premium rate for the larger sizes, as we see it in a “normal” market. 2014 has been extreme in that sense as all vessel sizes have earned the pretty much the same, with Aframax earning USD 22,053 per day, Suezmax USD 23,523 per day and VLCCs USD 21,642 per day.

The limited fleet growth below 2% in the crude oil tanker segment is a very positive story in 2014 and 2015. This is pivotal to bring about better sentiment, as well as improvements to the fundamental supply-demand balance. 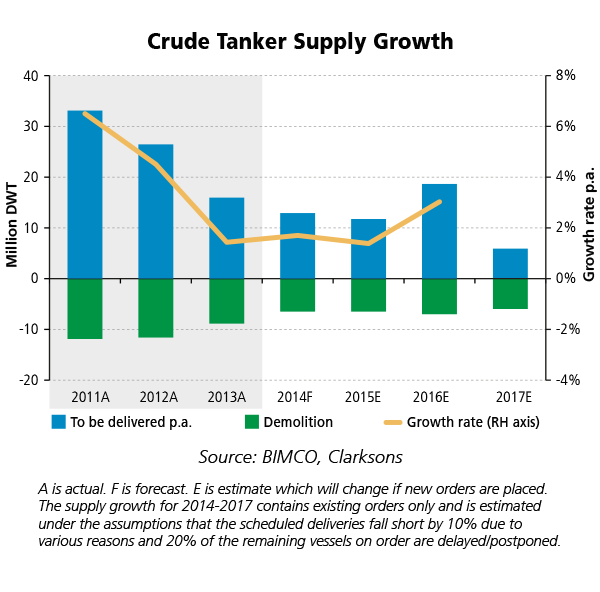 Current demolition prices are high, but as we have seen so many times before, it does not necessarily mean that owners are attracted by the improved prices. According to GMS, demolition prices offered for tankers in Pakistan, Bangladesh and India are around USD 480-490 per ldt. There are some reports of a 23 years old Suezmax tanker sold at USD 525 per ldt at the end of August 2014.

Going forward, the coming year seems brightest for crude oil tankers, as the pressure from the supply side is low. For oil product tankers, BIMCO expects 2014 and 2015 to bring about increased supply side pressure, but also to provide improved demand side opportunities.

However, the subdued economic growth is also weighing heavily on overall oil demand. IEA expects growth of 1% in 2014 and just 1.3% in 2015. A weaker outlook for Europe and China underpins the downward revision published 11 September.

In the short term, we are expecting the seasonally strong oil demand also to support tanker freight rates over the course of the Winter.

In the product tanker segment, BIMCO expects earnings on the benchmark routes from AG to Japan for LR1s to remain around USD 14,000-22,000 per day. LR2 ships are likewise enjoying a stronger market, with earning set to stay around USD 18,000-28,000 per day. Handysize rates are seen holding more upside and thus improve steadily in the USD 7,500-15,000 per day, with MR average rates already enjoying a lift and thus forecast to be in the interval of USD 10,000-16,000 per day.

Contact online
BACK TO: Container Shipping - Is the strong level of demand sustainable going forward? NEXT: Comforting sounds from China: GDP and Industrial Production 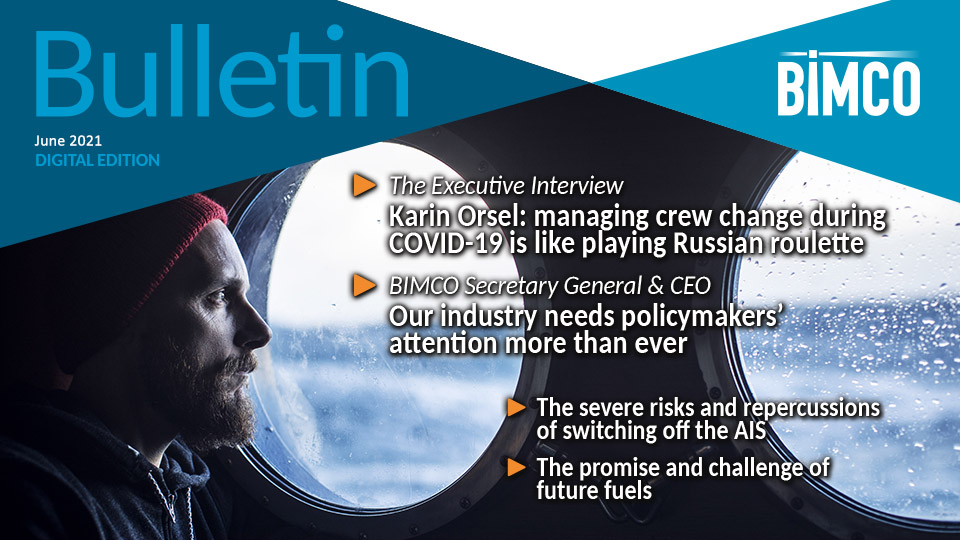