About us and our members 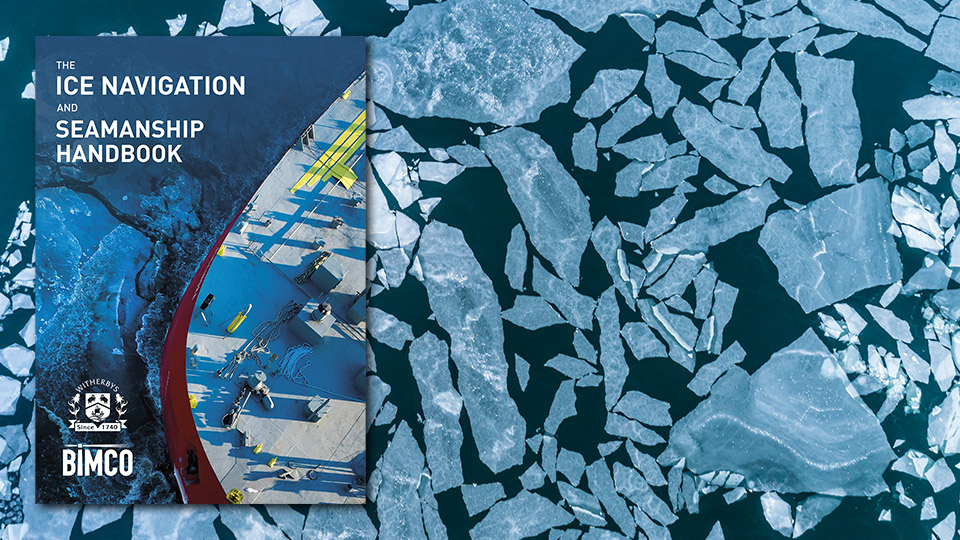 BIMCO members, please enter BIMCO as Promotional Code during checkout for 20% off.

The book identifies the world’s major ice regions, with maps illustrating ice routes and seasonal variations of ice thickness and extent. It describes the appearance and characteristics of the various types of ice and explains how shiphandling procedures may differ according to type.

A separate chapter sets out the applicable international agreements and regulations (with particular emphasis on the Polar Code), as well as regional and local legislation.

An explanation is provided of ice class ships and how they are categorised by Class and under the Polar Code.

The book looks at different design, construction and operating considerations.  The book looks in detail at how to prepare a ship for ice conditions. It lists the key items to be considered and provides useful checklists for both the deck and engine departments.

A crucial aspect of navigation in ice is obtaining adequate ice information to support decision making throughout the voyage. A separate chapter looks at sources and methods of acquiring ice and weather information, according to the ship, its location and the technology available.

The book also looks at crew training and qualification, as required under the STCW Convention and Code. It discusses correct clothing, dangers of exposure and hazards to health.

The chapter on navigation in ice provides invaluable practical guidance on preparing and executing the passage plan. It discusses watchkeeping and bridge procedures, position fixing, use of radar and ice accretion. This is followed by a chapter on shiphandling in ice, with emphasis on approaching and entering the ice, manoeuvring, berthing and anchoring.

Advice is also provided on working with icebreakers and pollution response.

The book is illustrated throughout with colour photographs and diagrams.